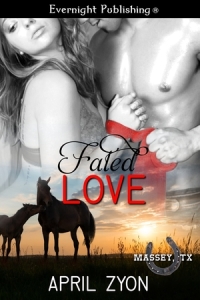 Brandy Carver was living her dream of making clothing for real, every day women. When she gains the wrong kind of attention from a man that doesn’t have “no” in his vocabulary there’s only one action to take—returning home where she’s safest, and where she can finally breathe once more.

Anthony “Crank” Romero, former Marine turned gentleman farmer, is willing to admit he’s a bit of a ladies man. The truth is he’s only looking for the right woman. Finding her when she’s got trouble on her tail wasn’t his plan, but he’s not about to argue when he’s tasked with keeping her safe.

Discovering Brandy’s interests in the bedroom makes Crank realize they are perfect for each other. Knowing he can’t let her go, not when she’s his perfect other half, he’ll do whatever is necessary to ensure that they have a chance at their fated love.

His phone ringing brought him out of the workout zone he’d fallen into. It also nearly caused him to drop the weight on his own foot. Thankfully, he managed to catch it—just.

Grabbing up his phone, Anthony frowned at the caller ID. “Crank here,” he said.

“That’s creepy, dude, stop that,” Rhys Hollister said to him.

He couldn’t have stopped the grin if he’d wanted to. “Crank does whatever Crank wants.” He knew how much the third person speak irritated Rhys. It was half the reason he did it around his former CO.

“I will beat you within an inch of your fucking life, Tony.”

Snickering, he let it drop and eased to sit on the workout bench. “What’s up, boss man?” he asked in all seriousness.

“Okay, what do you need?” he asked cautiously. While he’d do anything for Rhys, or the other men from his unit, that particular phrasing had him slightly worried and mildly curious.

“You may recall the Carvers took a hit the other day.”

Yeah, he did. “The youngest was killed, wasn’t she?” he asked quietly.

“So we all thought. Turns out it was a decoy she’d hired to keep the psycho who thought he owned her off her tail while she made her way home. Only the guy, a Colton Brody, got to the woman who was using Brandy’s name, cards, and so forth.”

“Son of a bitch,” he breathed out. “Was she dating the guy or something?”

“One date from what Brant and Frank told me. The guy latched onto her and isn’t the sort to let her go. He’s highly possessive from all the pieces of information we’ve gathered. He also is part of the NYPD family. His father’s a cop, his father’s father, and so forth. They have huge history with the force.”

“And cops protect cops,” Anthony said. Yeah, he knew how that went. The mythical Blue Line wasn’t really all that mythical if you went head to head with a cop. All you ended up with was an entire force out to get you. Not good.

“Yeah. She’s filed paperwork with IA up there, but says that anything against the Brodys tends to magically disappear if it isn’t misfiled, or incorrectly filled out. Funny how that shit tends to happen with the most rotten of the bunch.”

Rhys sounded pissed. Perfectly understandable from Anthony’s point of view. “I take it that Brant’s going to do something with his connections?” It was his baby sister, after all. Of course the man would do something.

“Yeah, and Frank as well. Not quite sure what that particular Carver has planned. Quite frankly, I don’t think I want to know. I like the plausible deniability of things when it comes to shit like that.”

Something else Anthony understood fully. Snorting out a laugh, he rubbed a hand over his head. “So what do you need from me?”

“Guard dog duty then,” he said.

“More or less, yeah. It’ll be more than that. Oh, and I should mention Theresa’s fully on board with this. It was her suggestion, actually. Mostly I think because she knows her own boys and how overprotective they can get.”

“Smothering is the word you’re looking for, Rhys.”

He grinned. Rhys was a big brother as well, so he damn well knew the point Anthony was trying to make. Especially since Rhys’s own baby sister was married into the Carver clan. To Brandy’s twin no less.

Having been a lover of the written word all her life April has always wanted to expand her horizons and write something that could be shared with the world. Only one thing held April back, the fact that the letters and numbers mixed and jumbled more often than not. Diagnosed with Dyslexia when she was eight years old April had to work her butt off just to be able to keep up with the other kids in reading and writing, so her love for fictional writing was tossed to the wayside for the moment.

Time marched on, as it always does, and she forgot her childhood dream of becoming an author and instead focused on what she had to – creating a career for herself.

As the endless waves of time passed the shores became less rocky and more sandy, a place where she could find an even foot. That and Microsoft invented Word. Halleluja.

This is where April began her journey into the written world, the world that her imagination had been ceaselessly creating for her entire adult life.
Now she has been given a chance to let her literary wings unfold and fly, thanks to her amazing publishers.

Now its time to let the dream take flight and watch it soar!